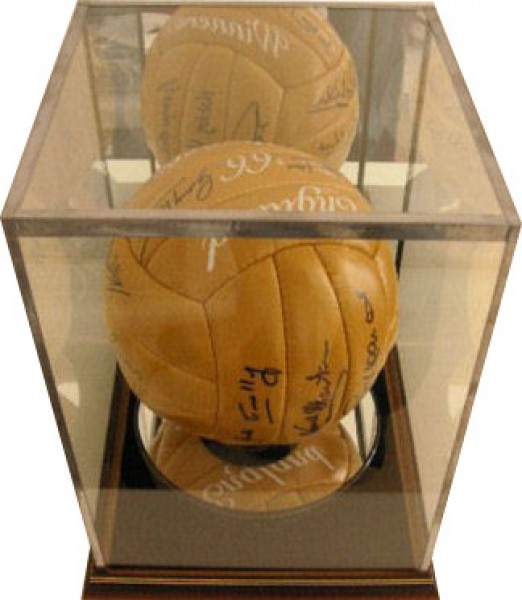 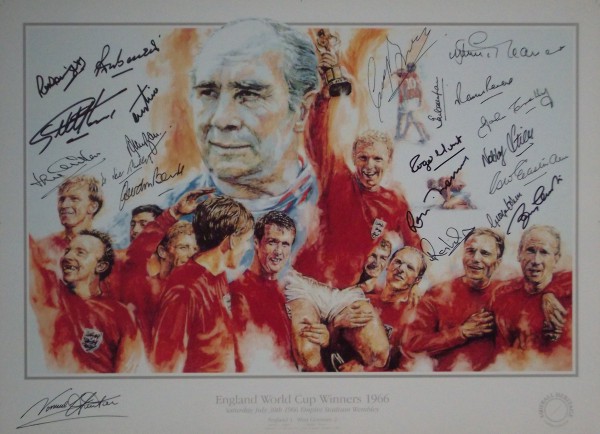 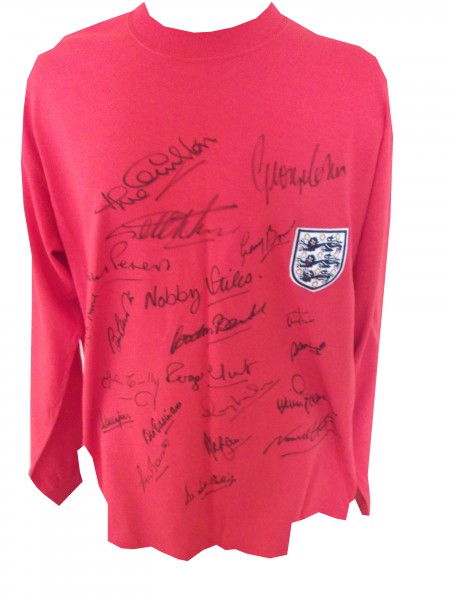 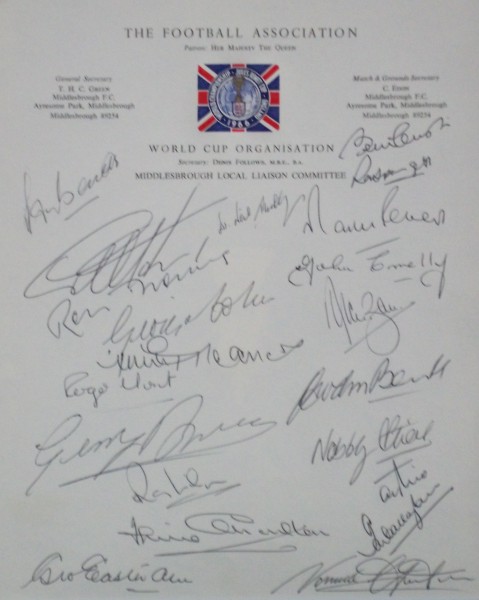 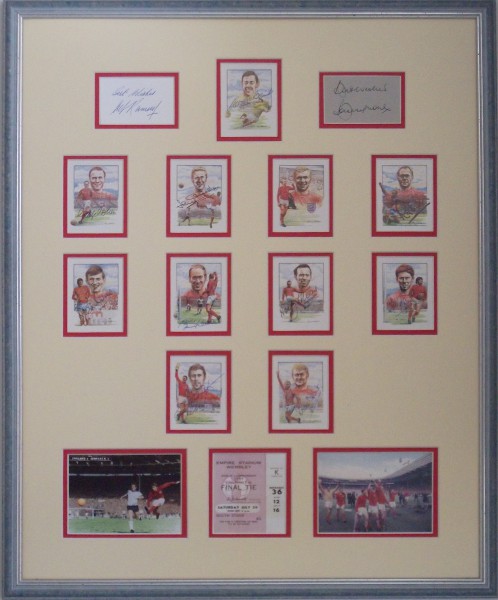 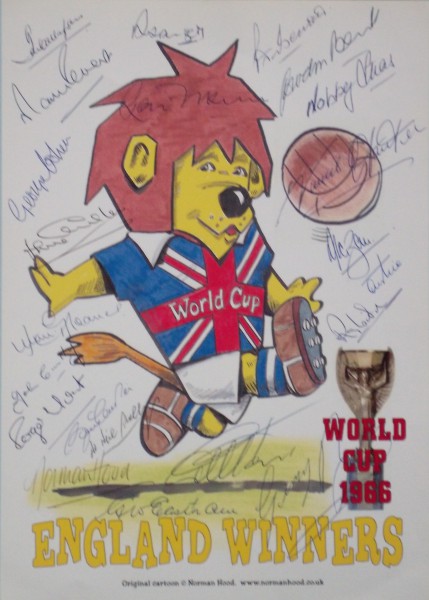 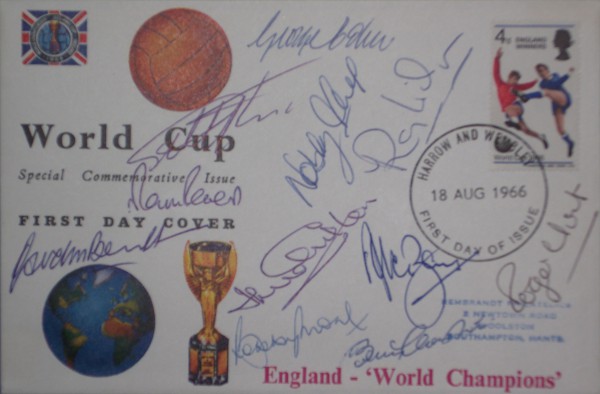 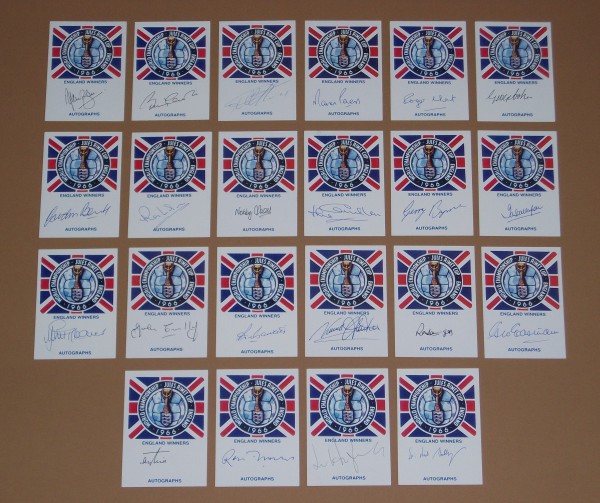 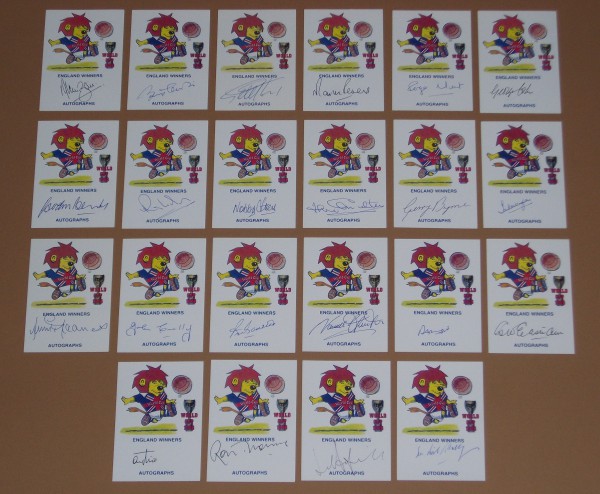 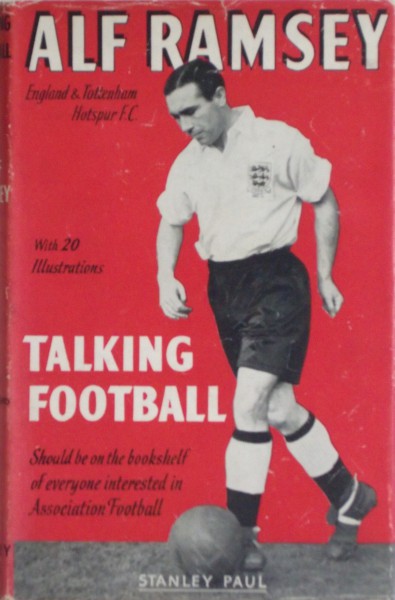 Books, Ephemera & Souvenirs from the Tournament 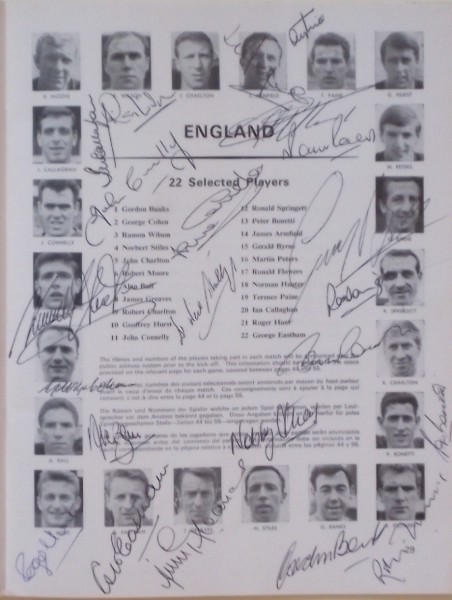 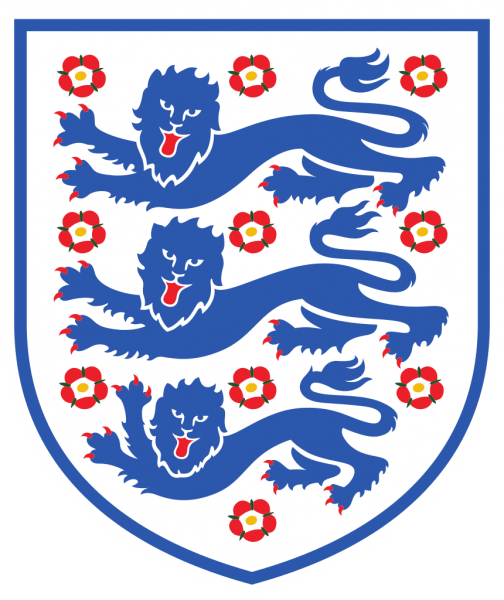 Football is our nation’s favourite game, and there is absolutely no dispute as to what remains England’s greatest footballing triumph – our sole World Cup victory at Wembley Stadium on the 30th of July 1966.  Soccer was invented on these shores with the establishment of the Football Association in 1863, but it took over a century for the English national team to achieve victory at the highest level.

As you might imagine, items associated with this event are highly sought after by English football fans, while 1966 World Cup signed collectibles are hot property among enthusiasts.  Here at Allstar Signings 4U, we specialise in soccer autographs and in 1966 World Cup collectables in particular, making us the first port of call for fans in search of 1966 memorabilia.

Many collectors take special pride in sets of cards or photographs signed by the entire 21-man England World Cup squad.  Complete sets of signed cards are available here, here and here.  For others, a more tactile object such as a 1966 World Cup signed football or a signed 1966 England shirt would take pride of place in their souvenir collection.  Are you looking for a signed 1966 World Cup programme?  Browse our selection, we even have 1966 World Cup Final programmes for those who wish to re-create the thrill of the tournament’s enthralling climax.

As autographed souvenir experts we are sometimes asked to perform 1966 World Cup memorabilia valuations.  We always try to offer our customers the best value for money, and this includes supplying a certificate of authenticity with every item, and photographic proof of the signing whenever possible.  From boxing legends to the cricketing greats, and from 1966 World Cup memorabilia to the signatures of today’s football heroes, Allstar Signings 4U is the place to come for signed sporting memorabilia.