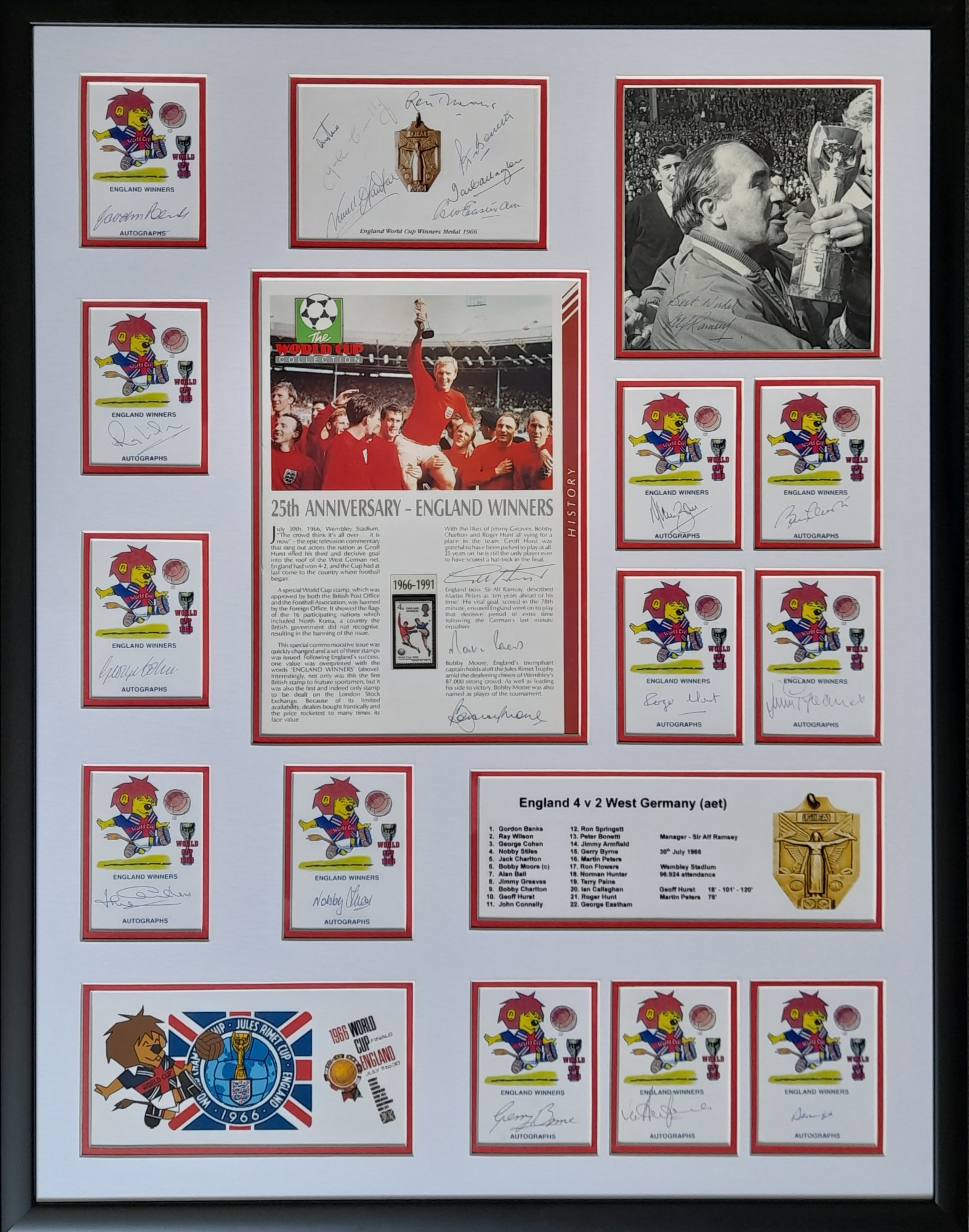 The centerepiece showing the iconic image of Bobby with the Jules Rimet trophy held aloft by this team mates is signed by 10 who played in the final. Also featured are World Cup mascot & Jules Rimet logo images along with list of the squad names.

Note:- The World Cup Masterfile Collection was first issued for the 1986 World Cup, then for Italia '90, both comprising of three albums and containing commemorative postcards, postal covers, postage stamps, medals and printed literature, one 1990 album signed on an England Winners 25th anniversary pages by Moore, Hurst, Peters along with similar by manager Sir Alf Ramsey. This particular one has short write up of the 66 final history, with 4d England winners stamp mounted in protective sleeve along with the three player autographs.